Surfaces in relative motion or in contact with each other, such as bearing or gear components, produce a frequency response when they interact. This response, known as a stress wave, is an ultrasonic, structure-borne signal correlated to the natural frequency of the structural material.

An increase in stress waves produced by a mechanical system indicates an increase in component friction and impact events, which means potential issues can be identified by detecting and monitoring these waves.

Typically, machine failure occurs when an excess of friction and impact events occur. When left unchecked, such issues cause secondary effects such as an increase in temperature or vibration. Early detection of potential issues by monitoring a mechanical system's stress waves is an effective method for determining the presence of anomalous mechanical conditions before they reach critical damage points along the failure progression process.

Stress wave detection today is being used to monitor the condition of many types of industrial equipment such as motors, pumps, gearboxes and other rotating machinery. Because fluid media imparts high frequency structural energy throughout valve bodies, monitoring stress waves is also an effective method for identifying valve leaks.

Because stress wave monitoring detects ultrasonic energy, using such monitoring does not require the external surfaces of a structure to be shaking or in motion to detect problems. Rather, measuring stress waves filters out and ignores relatively low but audible frequency generated by shaking and then "listens" for the much-higher frequency stress wave pulses inside the structure generated by friction and impact events. Stress waves also can diagnose various aspects of these events, including contact surface area and smoothness/roughness, relative surface speeds, contact pressure, lubricant condition, and operational load and speed. Similarly, when damage starts, stress wave levels detect characteristics such as impact velocity, damage depth, and damage size and area.

An increase in stress waves produced by a mechanical system indicates an increase in component friction and impact events, which means potential issues can be identified by detecting and monitoring these waves.

To detect stress waves, a specially designed sensor tuned to an ultrasonic frequency range of 35-45 kHz is attached to the mechanical device's surface. Since the stress waves radiate throughout the monitored component's structure, no positional requirement is needed; only a structural sound-path is necessary. The sensor generates an output signal that combines the ultrasonic stress wave carrier frequency with the modulated machine-generated stress wave frequency. This combination signal is sent to either an analog or digital signal processing system, which strips out the ultrasonic carrier frequency and outputs the machine-level operational frequencies used to determine if the machine is exhibiting normal or abnormal mechanical behavior.

When paired with analysis, the sensitivity of stress wave energy detection offers advantages over vibration or temperature analysis capabilities. In fact, issues can be detected and corrected before they become problematic enough for other methods to detect.

One advantage of stress wave monitoring over traditional vibration methods, for example, is its ability to identify stress-inducing operating states and internal mechanical damage for operational mitigation and maintenance planning purposes long before the external structure shakes enough to register vibrational changes. This means the technology provides an early indication of impending damage, which also permits the trending of the damage's progress as correlated to facility-supplied process information. This combination allows tracing a problem to its potential causes, which in turn allows determination of whether or not an issue is process related. Studying the trending of these stress waves also provides users the ability to determine the time frame in which observed damage will force the machine system to cease production and shows how manipulating the machine system's processes can affect failure progressions.

Measuring stress waves filters out and ignores relatively low but audible frequency generated by shaking and then "listens" for the much-higher frequency stress wave pulses inside the structure generated by friction and impact events.

Stress wave detection is optimal for specific applications where traditional monitoring techniques have been proven less effective. These include systems with inherent mechanical vibration (such as wind turbines) and systems that have slow rotation (such as large cooling water pumps).

Systems that exhibit inherent mechanical vibration during normal operation tend to overwhelm vibration monitoring devices, making it difficult to determine the difference between a mechanical anomaly and normal operation. Because stress wave detection technology intrinsically filters out low-frequency vibration energy, it is immune to the presence of inherent mechanical vibration and can identify the existence of mechanical faults. Systems such as wind turbines fall into the category of applications where stress wave technology can help since turbine systems must deal not only with the machine's vibration but also environmental vibrations needed to power the turbine.

In relatively large systems with slow rotations, vibration monitoring struggles to identify issues. This is because a small mechanical defect does not produce enough vibration energy or force to create motion within the mechanical system. However, the same defect fundamentally creates stress waves throughout the mechanical structure that can be detected by a stress wave sensor, regardless of rotation speed or system size. Machines such as watercooling pumps fall into this category. If a large, water-cooling pump has a small crack in its shaft bearing, it may not exhibit enough energy to create motion within the pump; thus, a vibration sensor will not detect the issue. The same crack, however, will cause stress waves to radiate throughout the structure of the pump.

Trending the data collected by stress wave monitoring and then analyzed over time also allows repeat issues to be correlated to other events, such as improper maintenance or lubrication.

It's clear that, because of its advantages, tools using stress wave monitoring will continue to be fine-tuned and released to industries where those advantages may make a difference.

THE CASE OF THE MISSED FAILURES

A large wind turbine facility was monitoring each turbine's mechanical condition using a combination of traditional monitoring techniques consisting of data collection on temperature, vibration and oil condition for the major mechanical components. Despite this monitoring strategy, engineering was consistently missing failures and unable to determine the specific cause of the failures. 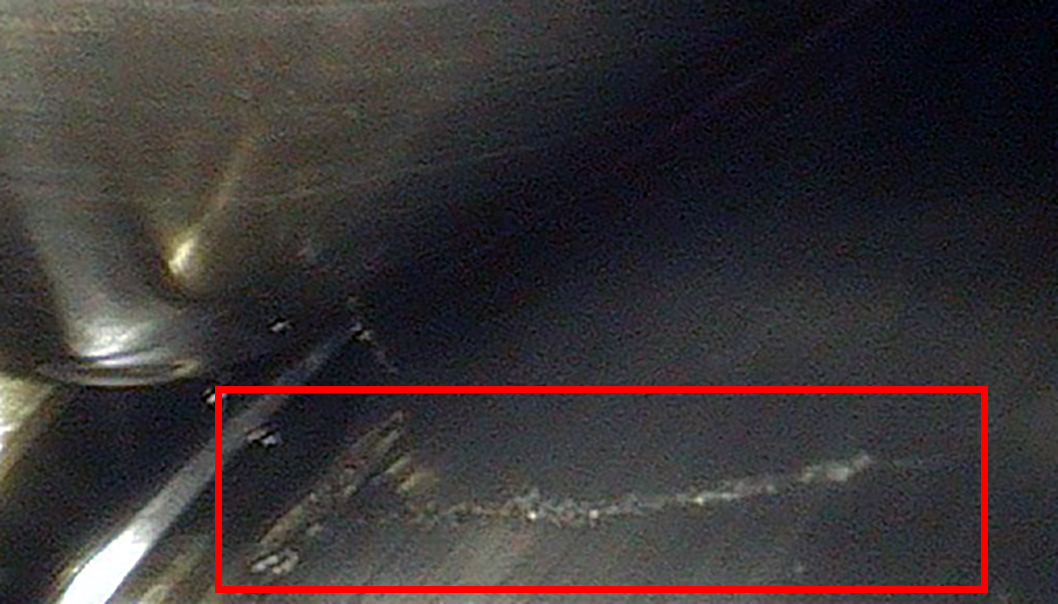 Trending the data collected by stress wave monitoring and then analyzed over time allows repeat issues to be correlated to other events, such as improper maintenance or lubrication.

This information allowed the engineering and maintenance teams to take action before the bearing crack escalated, preventing greater failure within the gearbox or total failure of the gearbox as a whole. The maintenance department swapped out the bearing by performing an up-tower replacement rather than replacing the whole gearbox, which would have been a complicated procedure involving mobilization of a crane for the swapping activity.

Get a Solution for